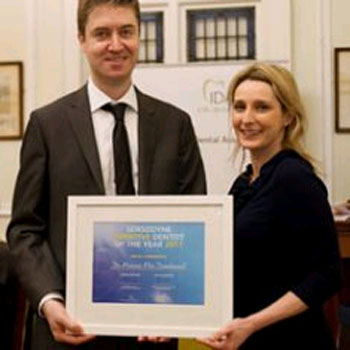 Dr Marcas Mac Domhnaill received a Sensodyne Sensitive Dentist of the Year Highly Commended Award recently. Marcas was one of only five dentists (out of more than 300 entries) nationwide that were recognised by a panel of respected dentists for their work. The judges assessed nominations of dentists that were made by patients. Marcas is pictured receiving his award from Claudia Long of Sensodyne at the ceremony in Dublin, January 2012.
Kerryman, February 1, 2012